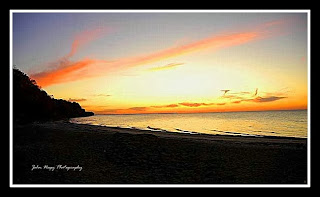 When the Lake Erie tributaries are low and clear, early in the fall (September/October), steelhead fly fishers should take advantage of  surf fishing at or near the tributary mouths.

Here "staging" steelhead (triggered by shortening daylight or "photo periods") have picked up the “scent” of a tributary and are preparing to begin their fall migratory run.

This staging is characterized by steelhead "cruising" in large oval shaped patterns just offshore of the tributary mouths.

Ideal lakeshore staging temperature for fall steelhead (prior to running into the tributaries) is around 68 degrees F. Early spring is also a good time for lakeshore fishing for spring run steelhead and later, “drop-back” steelhead

Ideal lake conditions for surf fishing occur with a southerly wind which creates a “flat” lake with clear water along the lakeshore. Northerly winds create waves (called “breakers” by boaters) and muddy water along the beach, making fishing tough (although breakers up to 2 or 3  feet can be fished if the water is not stained). Muddy run-off from a tributary (from fall rains) can also stain lakeshore beach water.

Easterly or westerly winds will move the “out-flow” (and scent) of the tributaries into the lake either to the left or right (which the steelhead will follow).  Check the National Weather Service marine forecast for wind and wave conditions. A hard southerly wind can push the scent of a tributary out-flow up to a mile directly from the shore.

Some steelheaders have taken to powered boats (including "belly" boats) to access some areas not accessible from shore. (Note: belly boater's should constantly monitor lakeshore weather for changing wind directions which could push unpowered craft a great distance offshore).

The smaller size tributaries can really concentrate steelhead at their mouth since their out-flow channels become blocked during low water conditions. Larger size tributary mouths usually provide a deep enough channel for some fish passage even in low flows.

Try casting (and strip retrieving) generic streamer, wooly bugger, clouser minnow patterns or specific bait fish imitations (like Emerald Shiners, Rainbow Smelts, alewives and round gobies) to cruising steelhead (they often cruise in numbers or “pods” of fish), varying the size and brightness of the patterns depending on the clarity of the water (large/bright patterns for stained/choppy water, smaller/sparsely tied patterns for clear/flat water). A “Baby” rainbow patterns are very effective for imitating steelhead smolts that hang around the lakeshore in the spring.

Early in the morning steelhead can be found amazingly close to shore (typically in deeper troughs and drop-offs) but as fishing pressure increases (anglers wading further into the surf) and sunlight increases, they are forced to cruise further out. An hour or two before dark the steelhead start moving back in toward the shore.

“Indicator” fishing with bead-head nymphs, egg patterns and small streamers and wooly buggers is possible right at the out-flow of the tributary mouths. Look for washed out channels and pockets (where staging steelhead will move in and out of). Steelhead will also cruise along concrete breaker-walls, marina walls, broken debris and other structures.

The tributary out-flow and lake surface waves can help move along the indicator (otherwise try a twitch retrieve to entice strikes). Set the indicator depth to keep the fly generally near the bottom (although cruising steelhead can be found higher up in the water column). Steelheader’s should be aware of the early season crowd’s right at the tributary out-flows (but there is always room in the adjacent beach area).

Ideal fly tackle for steelhead surf fly fishing would include a weight fly rod in the 9 to 10 foot range. Heavier line weight fly rods will allow for double hauling into stiff winds (when required) and the longer rods give you a little more distance in your cast by keeping the line higher above the water. A fly reel with a smooth/fine adjustable drag (that can hold at least 150 yds. of backing) and a large arbor design will tame most surf steelies.


A floating/weight forward fly line is sufficient for casting big flies and indicators. More specific lines like striper tapers or clouser lines in both floating and sink tips are ideal for casting big flies at distance when needed. Leaders 6 to 9 foot in length with 6-12 lb tippet (fluorocarbon for clear water) will cover most fly sizes and water conditions.